Speech Issues and Explanations: Do I Have APD?

Hi, I'm wondering if I have APD. I'm 19 and I'm a French major. When I was younger I always wondered if I had a disorder; I could never get people to understand what I meant when explaining something aloud. I can also read French pretty good. But I can't speak a word of it. I don't want to fail any of my French classes and not get my degree. I also have a twin sister who might have it. I can tell hers is a little different than mine, but i don't know how. How do we go about seeing if we have APD? Thanks! 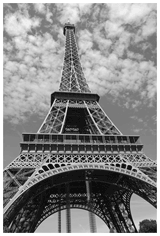 Thank you for contacting me.

I'm not certain that what you describe sounds like APD. However, everyone is different and there are also still a lot of unknowns. You may also want to search Google for "Developmental Speech and Language Disorders" and see how those signs compare to what you are experiencing. It could give you more clues and answers.

APD is a processing disorder. People who have auditory processing deficits experience difficulty interpreting the messages being sent to the brain.

How to see if you have APD.

What you are looking for is an Audiologist or Auditory Therapist in your area. Referencing specific testing for APD & intellectual/developmental disabilities is what you are seeking. In addition, you may be able to call a neurology department at a doctor's office, hospital or University for referrals.

What will an audiologist test for?

There are generally four tests:

HEARING: The first tests will be basic hearing tests to rule out any hearing loss.

NEUROLOGIC: The second group of tests measure how well the brain responds to various sounds. The technical term is Electrophysiologic tests. Administering these tests involves the use of electrodes, which measure brain response to sound stimuli.

BEHAVIORAL: The third group of tests are considered behavioral tests. They involve presenting spoken information with portions of the words purposely missing. A person without APD can fill in the gaps and understand what is said, while an individual with APD cannot.

DICHOTIC: The fourth group of tests are called dichotic speech tests. These involve presenting specific numbers or words alternatively in each ear, and the patient must repeat all that has been said in both ears.

These tests, amongst some others they may perform, will give you an idea if you have APD as well as narrow down where your specific problem lies.