With Auditory Processing Disorder, what were your best and worst subjects in school? Your grades? 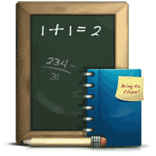 Math & Science. Why? The numbers, formulas, equations, properties of elements, etc. were right in front of me to SEE and work with.

English (specifically poetry & interpretive readings) and Foreign Languages (once it got past word memorization and moved to speaking & responding). In addition to not understanding what was said, I interpreted words too literally sometimes to understand it in context (words with multiple meanings messed me up). Idiomatic expressions drove me nuts too (an expression whose meanings cannot be inferred from the meanings of the words that make it up).

An example from high school: when a teacher read a poem or paragraph from a novel and asked what the author was trying to say (or even better: "what does it mean to you"), I would have absolutely, positively no idea whatsoever. Even if I understood all of the words correctly, giving meaning to it was an enormous challenge, especially in real-time. I need more than 10 seconds to process it and answer the question on the spot. More like 5-10 minutes, if I'm lucky.

As for foreign languages, when I had to converse with the teacher in either Spanish (high-school) or Japanese (college), I had enormous trouble understanding exactly what was said to me. Certain words sounded too similar to other words and some words had more than one meaning. Obviously, processing all that and conversing in real-time was very problematic (if not downright impossible).

One side note: I liked teachers who wrote everything down on the blackboard and had written handouts (or referred to page in a textbook I could reference). It made my life so much easier especially since there was no internet back in those days. On the other hand, those teachers who simply spoke and expected students to take notes were, obviously, the harder subjects to pick up.

Despite Auditory Processing Disorder here were my average grades:

My grades in high-school ranged from A's to B-.

My grades in College (University of Rochester) also ranged from A's to B-.